From Freud onward, psychotherapy has been concerned with the violence done to the human organism and its functions by social repression. Whenever the therapist stands with society, he will interpret his work as adjusting the individual and coaxing his “unconscious drives” into social respectability. But such “official psychotherapy” lacks integrity and becomes the obedient tool of armies, bureaucracies, churches, corporations, and all agencies that require individual brainwashing. On the other hand, the therapist who is really interested in helping the individual is forced into social criticism. This does not mean that he has to engage directly in political revolution; it means that he has to help the individual in liberating himself from hating this condition—hatred being a form of bondage to its object. But from this point of view the troubles and symptoms from which the patient seeks relief, and the unconscious factors behind them, cease to be merely psychological. They lie in the whole pattern of his relationships with other people and, more particularly, in the social institutions by which these relationships are governed: the rules of communication employed by the culture or group. These include the conventions of language and law, ethics and aesthetics, of status, role, and identity, and of cosmology, philosophy, and religion. For this whole social complex is what provides the individual’s conception of himself, his state of consciousness, his very feeling of existence. What is more, it provides the human organism’s idea of its individuality, which can take a number of quite different forms.

The rules of communication are not necessarily the rules of the universe, and man is not the role or identity which society thrusts upon him. For when a man no longer confuses himself with the definition of himself that others have given him, he is at once universal and unique. He is universal by virtue of the inseparability of his organism from the cosmos. He is unique in that he is just this organism and not any stereotype of role, class, or identity assumed for the convenience of social communication.

There is direct conflict between what the individual organism is and what others say it is and expect it to be. The rules of social communication often contain contradictions which lead to impossible dilemmas in thought, feeling, and action. Or it may be that confusion of oneself with a limiting and impoverished view of one’s role or identity creates feelings of isolation, loneliness, and alienation. The multitudinous differences between individuals and their social contexts lead to as many ways of seeking relief from these conflicts. Some seek it in psychoses and neuroses which lead to psychiatric treatment, but for the most part release is sought in the socially permissible orgies of mass entertainment, religious fanaticism, chronic sexual titillation, alcoholism, war—the whole sad list of tedious and barbarous escapes.

It cannot be stressed too strongly that liberation does not involve the loss or destruction of such conventional concepts as the ego; it means seeing through them—in the same way that we can use the idea of the equator without confusing it with a physical mark upon the surface of the earth. Instead of falling below the ego, liberation surpasses it.

The psychotherapist is perfectly in accord with the ways of liberation in describing the goal of therapy as individuation (Jung), self-actualization (Maslow), functional autonomy (Allport), or creative selfhood (Adler), but every plant that is to come to its full fruition must be embedded in the soil, so that as its stem ascends the whole earth reaches up to the sun.

Psychotherapy and counseling can take on many forms. There are as many therapists as there are churches and denominations. Depending on the training, personal worldview, and corporate orientation of the therapist, one seeking help could get a wide range of theoretical approaches. Depending on the issues you are attempting to overcome, it really does make a difference which counselor you go to see.

Simply picking a counselor and going one or two sessions, then giving up on counseling altogether because “it didn’t work” or “it didn’t make me feel any better” could prove to be a mistake. When people ask me about finding a counselor, I honestly tell them that it’s no different than choosing a doctor, lawyer, chiropractor, or church family. There are all different kinds. You have to figure out which one fits best for you. Sometimes that means a process of elimination while other times people get lucky on their first try.

For me personally, I went to several different people over the course of a couple years before I finally met someone I meshed with. Once I met the right one, I went to see him for nearly 8 years straight. I learned more about myself during that time than I could have any other way. The process was life-changing for me and I’m forever grateful for that kind soul I spent countless hours with over the years. (Thank you, Bill!)

Psychotherapy has been continuously evolving since the days of Freud. Many people want to throw Freud under the bus for a lot of his ideas but at the time they were quite groundbreaking. We now have the ability to look back on generations of psychotherapy and counseling data. Freud didn’t have that luxury. The scientific advances that have taken place since Freud’s day have been astronomical.

An interesting shift that has taken place in counseling and psychotherapy is mixing the philosophies of East and West. Instead of dogmatically saying one way is “wrong” and one way is “right,” I prefer to take the best of both worlds and blend my approach to helping others. There is no “one right way.” If someone tells you their way is the only right way, I might suggest walking away immediately. You can usually tell when you are speaking to someone who is possessed by their dogmatic ideology—whether it be religious, political, theoretical, etc. The second you notice you’re no longer having a genuine conversation with a real person, and it feels like you are being manipulated by an ideology, that is when you know it’s time to move on.

Just because someone has a degree and just because someone has a position of authority or power, that does not make them an expert on your life. YOU are the expert on YOU! If you need some help working through some issues, there is no shame in that. When you seek counseling with eyes wide open, you don’t have to fall prey to someone’s ideology (that includes seeking counseling services from your religious organization as well).

I absolutely love talking about all different aspects of counseling, religion, and philosophy so if you have any questions or concerns, please shoot me a comment or email. I’d be happy to share more of my own personal story if that might help. 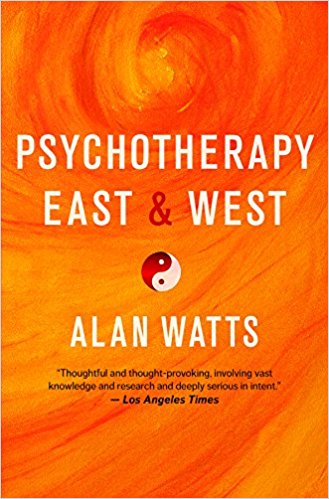 Every once in a while a book comes along that drastically changes the trajectory of my life. This is one of those books! I have been on this journey for a long time now and I'm full of gratitude and joy.
Whirlwind trip to NC to pay our respects to an amazing woman and see our phenomenal family members. Had a fabulous time, made wonderful memories, and met great new friends. 🥰