Leaving my Worldview for I Don’t Know

You can’t talk about the ocean

with a frog who lives in a well:

he is bounded by the space he inhabits.

You can’t talk about ice

with an insect who was born in June:

he is bounded by a single season.

You can’t talk about the (Unknown)

with a person who thinks he knows something:

he is bounded by his own beliefs.

The (Unknown) is vast and fathomless.

You can understand only by stepping

beyond the limits of yourself.

(the word Tao changed to Unknown for clarity)

Two things I have been focusing on more lately: For me, MY truth is the consistent attempt to go beyond what I know. And, my intention is to help people be more comfortable with their humanness.

I spent the better part of my life assuming I knew something. I was “bounded by my own beliefs” like Stephen Mitchell portrayed. I’m not sure exactly when it shifted for me, but eventually I realized my worldview was too narrow. I was painting myself into a corner and dismissing large populations of people because I assumed I possessed knowledge they lacked. Little did I know, they had knowledge that I lacked—everyone does!

Every single person we encounter has something we can learn from. In order for me to learn from others, I had to assume two things: 1) I don’t know everything, and 2) everyone possesses knowledge that I don’t have and the only way they can teach me their knowledge is IF I LISTEN.

Before (when I assumed I already knew everything), I oriented myself based on the assumption that my worldview taught me everything I already needed to know. The story I was born into was already written, and my role was defined for me and all I had to do was obey. If I deviated from that role, then I was bad and should feel ashamed. If I sought any knowledge outside of my predetermined role, then I should be deathly afraid because anything outside of my worldview must be evil.

I was handed an instruction booklet (unspoken of course) on how I should live my life according to answers that “we” already know to be true. The message was basically this: If anyone attempts to tell you anything or teach you anything that may fall outside what we already established as truth, I should ignore them, disregard them, and preferably never allow them to share their point of view with me again. I should guard my worldview with fervor against all opposing forces who are determined to rip it from my hands the same way a pickpocket would rob me in broad daylight.

As a result, my posture in the world and the way I oriented myself was defensive, closed, guarded, vigilant, always on high-alert, and distrusting of everyone. I had to protect my worldview at all cost. I was like the frog in the well who was bounded by the space I inhabited. I couldn’t grasp the idea of the ocean having never left my well.

I clumsily hopped my way to see this thing called an ocean.

The idea and posture I adopted of I Don’t Know has taught me more than certainty ever has. I Don’t Know leaves me open, flexible, and able to hear points of view I may not have considered before. Just as Stephen Mitchell said: “The (Unknown) is vast and fathomless. You can understand only by stepping beyond the limits of yourself.” I came to a place where I accepted the Unknown as something amazing instead of something to guard against. Of course, when you willingly walk away from a worldview everyone else in your life orients themselves by, that leads to many awkward glances and disapproving remarks. I totally get it. And that’s perfectly alright. Being open and coming from a place of I Don’t Know really bothers people who are rigid and stuck in their belief system. My job was no longer to protect my worldview or hold on to my position. I was no longer attached to the outcome of what others thought about me. I no longer got into ego-battles where I felt my beliefs needed to be defended against theirs. Instead, I believed as long as I continued to seek, truth would continue to be revealed to me.

Being open has taken me more places than I could have ever imagined. I have had better conversations than I thought possible. People have willingly shared their deepest thoughts with me as a result of I Don’t Know.

I have plenty of people whom I dearly love who probably drastically disagree with me and my approach. That is perfectly alright. I don’t have to defend myself to someone who’s unable to talk about the Unknown. There’s a reason many years ago I titled my blog Mysterious Flow. There’s truly something mysterious that flows through every aspect of all our lives. It is absolutely something Unknown and can only be understood by stepping beyond the limits of yourself.

All of that brings me back to the two things I have been focusing on lately. First, my intention: my intention is to help people be more comfortable with their humanness. We all have enough heavy crap we’re carrying around every day just by being alive and having this human experience. We’re spiritual beings having a very human experience so if there’s one thing I hope to accomplish, it’s helping others be more comfortable with their humanness. Each one of us would feel so much better if we just gave ourselves a break.

Next, for me, my truth is the consistent attempt to go beyond what I know. Basically, for me, truth is in the Unknown, truth is in the mystery, truth is in the future that I am striving for while being thankful in the Eternal Now. I have a quote on my vision board on my computer that really speaks to where I am at in my life right now. It says, “I am not afraid of my truth anymore and I will not omit pieces of me to make you comfortable.” It may sound counter-intuitive to my intention, but what it says to me is I have to show up with my truth everyday. Now, when you talk to me, you’ll get ME, not a version of me that was chosen for me by someone else. I no longer omit pieces of myself because that would make me uncomfortable, and in order to be genuine and sincere I need to be comfortable.

I Don’t Know and the Unknown are now where I find the most comfort.

Care to join me? 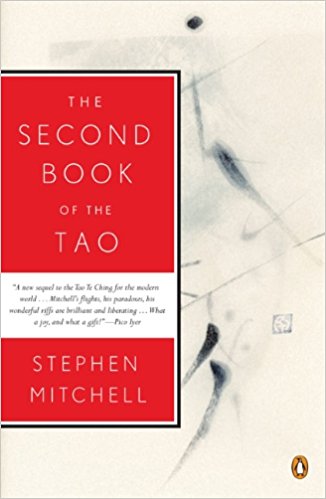