Pride is blinding, and pride has brought down many a King. But perhaps the greatest occupational hazard for the King is the profound, utter loneliness of it all. This is something that must be admitted, and understood, for the life of a King is a lonely life. We must see that with compassion or it will lead us to our demise. Yes, pride is a profound test. One that brought the fall of the greatest of all the angels. Something to be vigilant against. But I do not think that will be the greatest danger for a good King, not for a man who has taken the masculine journey. I think the greatest danger is isolation.

If you’ll read about the lives of kings, you’ll notice this tendency to begin to be suspicious of even their closest advisers, and how nearly all of them tend to isolate themselves over time.

Think of the men you know in positions of power. How many of them have close friendships with other men? Isolation is like a plague of office, and it is NOT good. The man becomes removed from companionship, from counsel, and from accountability. He begins to see himself as the only one who really understands, the only one with the right to rule, the only one whose opinion is valid. He will tend toward the tyrant at this point.

My sincerest counsel to Kings is, Don’t isolate yourself, and don’t let it happen to you. Surround yourself with good counselors, and listen to them. Let your allies and colleagues make decisions that affect you. Seek out friendships with a few other men—Kings, if you can find them. Be intentional to fight the isolation.

The process of maturity is one of coming to make ever-more-meaningful decisions for ourselves. But of course. When you were very young, your parents even chose what socks you wore. But that would be emasculating to do to a man. By the time we are the age of a King, God will leave many, many choices up to us. You’ll notice in Scripture that he allows Kings to make terrible, even disastrous decisions. He will not treat them like children. He remains very much present, and engaged in our journey, but he also allows a bit of distance between us and him to see if we will draw even closer to him. Choosing humility, and choosing against isolation, will sometimes prove to be a very subtle decision, but decisions that we will need to make again and again if we would live well, and survive, as Kings.

Growing up with an authoritarian hierarchical worldview, the lives of the Kings of the Bible are stories I am very familiar with. Those Kings had all kinds of hang-ups and made plenty of poor decisions back then just like we do today. The thing I appreciate about the Kings’ stories is the parallels we have to their basic humanity.

As men, we are taught (at least I was) that we are the King over our kingdom. We have the opportunity and authority to be a good King or a bad King—and history is filled with examples of both.

History has given us countless examples of Kings that have ruled poorly, behaved badly, and devastated the lives of everyone they touched. There’s a weird dynamic that comes with an authoritarian hierarchical worldview—one where we think we’re actually entitled to anything we want in this world. We start to assume everyone is here to serve us. Our selfishness grows exponentially and our humility dissipates faster than the morning fog in the mid-morning sunshine.

I came to a place in my life where the authoritarian worldview didn’t work for me anymore. Leaving that hierarchical mindset behind opened my eyes to see every human being I came into contact with as an equal. I am no better than the next guy. I am created equal to every other person in the world. Leaving that mindset behind helped me realize that I am not alone.

Isolation is something that plagues anyone who strives to be King while living in their own authoritarian hierarchical worldview. In your quest to be King, you fail to see those around you as allies. Instead, you see everyone as competitors—other Kings working to loot your kingdom and take what’s yours for themselves.

Isolation greatly effects our culture enough as it is, whether we’re trying to be the Kings of our kingdom or not. Our culture breeds isolation and as a result we have depression and other serious mental health issues plaguing our society more every year.

By letting the “kingdom” mentality go, I’m was able to be vulnerable with those around me. I’m able to speak my truth without obsessing over the effect it may have on my “kingdom.” I’m able to be genuine and share my heart from a place of purity and openness. I’m able to have true connections with those I come in contact with—and thankfully, I have guarded myself against the isolation that can be so damaging to a “King.”

By risking being myself, I have discovered there’s nobody else in the world I’d rather be. I’m no longer the King of my kingdom, I’m simply a spiritual being having this wonderful human experience. I’m thankful to say, leaving the hierarchical mentality behind helped me discover my intention is to help people be more comfortable with their humanness.

Mine was an authoritarian hierarchical worldview that shaped my perspective of the world. I wonder what yours was? 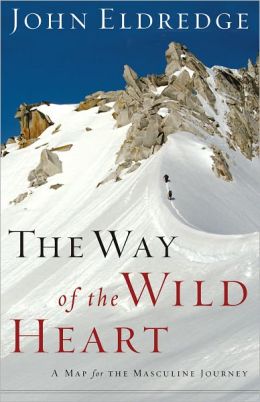 This one made me chuckle today!! 🤣 We all seem to know that one particular "Keyboard Warrior." 🤷‍♂️🤔
Fun in Toronto, Aye!! View from above and below. 🥰