Living in the Question

“Somehow I have come to a place where I see through ideas, beliefs, and symbols. They are natural expressions of life, but do not, as they so often claim, embrace or explain life. Thus I am fascinated with almost all religions, so long as their followers do not try to convert me, in the same way that I am fascinated with the various kinds of flowers, birds, and insects, or with different ways of dressing and cooking.”

Alan Watts — In My Own Way 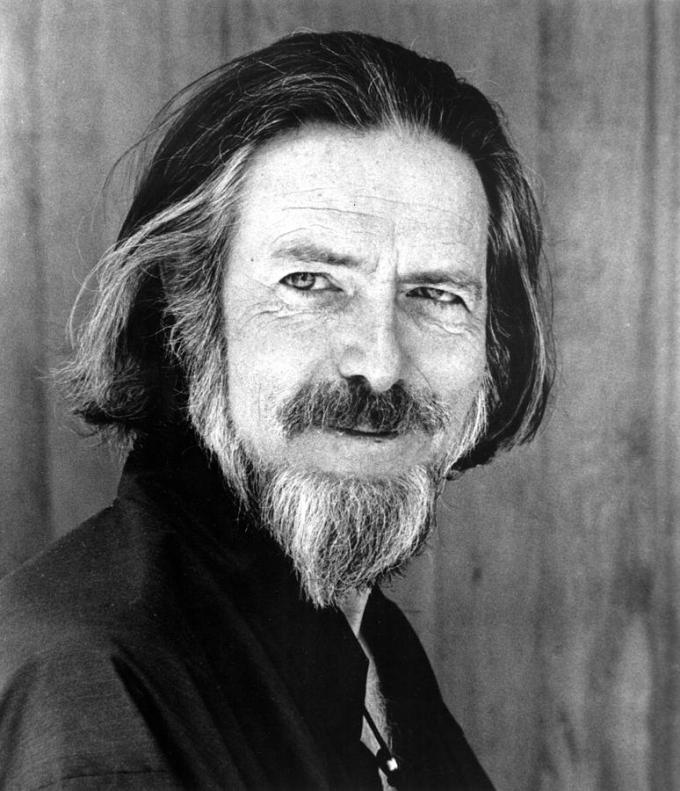 Similar to Alan Watts, I too have come to a place where I see through ideas, beliefs, and symbols. I too am fascinated with almost all religions as long as their followers aren’t trying to convert me.

Many years ago I deliberately walked away from the religion I was force-fed as a child and it has been a long journey filled with discovery, joy, and awe. By approaching every situation with openness and curiosity, I positioned myself in a stance of willingness to learn—embracing the beauty of not knowing. Losing the rigidity of having possession of the truth, I opened myself up to the whole world as my guide.

I learned to appreciate less those who were certain of all their answers; and my respect and admiration grew for those who asked the right questions, and lived in the question of not knowing. Eventually, the shaky knees and insecurity of walking away from religion turned into a quiet confidence after several approving nods sent my direction from the Universe. I then read various religious texts with a fresh perspective, looking through a clear lens, no longer forced to make everything fit into the script handed to me in childhood.

By freeing myself enough to see through ideas, beliefs, and symbols, I now find myself in a unique situation to help others who are asking many similar questions to what I was asking years ago. I now have the opportunity to create space for another “where two or more are gathered” to openly wrestle with their conditioned ideas, beliefs, and symbols. I am not looking to change another’s mind about what they discover, I am simply there to offer unconditional positive regard while they look into how their childhood may have shaped who they are today.

Because we are such creatures of habit, we rarely question why we do what we do, or believe what we believe, or think what we think. Our habits take over and they literally run our lives for us until we purposefully push the pause button and reflect. For some, it’s easier not to question; they may have a lifetime invested in their truth and questioning at an old age feels too scary. For others, fear of the unknown is far greater than what is known so they stay where there’s comfort. And for a massive percentage, it’s simply the way they were raised and anyone who thinks differently is as foreign to them as a fish living on dry land.

But, for a growing number of us, dogmatic answers are no longer good enough for our questioning posture. We have a hard time accepting another’s version of truth as final—especially when that version of truth isn’t even working for them—so we continue to seek new questions wherever the Universe sends us. Yes, I said that right! We seek questions, not answers, because we have found that joy and awe is in the journey, not the arrival. We feel too often those who say they have the answers have simply grown weary of asking enough questions.

Years ago when I wrote in my journal that I was intentionally “leaving the herd” and taking a journey to discover my own heart, I had no idea where life would take me. I had no idea one question would turn into a thousand. I had no idea I’d find freedom in not knowing. I had no idea my life’s purpose was waiting to be discovered. I had no idea my questioning posture would create a safe space for others to question as well. I had no idea asking too many questions would frustrate those who expected me to accept their answers. But most of all, I had no idea that living in the question could be such a joy-filled, heart-freeing, meaning-making place to live. I don’t regret for one second choosing my heart and choosing to seek. The questions have filled my life with more awe and adventure than the answers ever could.

It is never too late to question your long-held ideas, beliefs, and symbols. Follow your curiosity and give yourself the freedom to let it take you wherever it leads. It may feel shaky at first but keep in mind growth only happens outside your comfort zone. I give you permission to choose your heart and live in the beautiful questions of this life!

**Disclaimer** If you made it this far, I would like to state that just because I have come to a place where I see through ideas, beliefs, and symbols; that does not mean I have thrown the baby out with the bathwater. I have not fully given up on all ideas, beliefs, and symbols. Quite the contrary, actually. My fascination and reverence for them are deeper and more serious than ever before.

In closing, here’s some more from Alan Watts:

“My vocation in life is to wonder about at the nature of the universe. This leads me into philosophy, psychology, religion, and mysticism, not only as subjects to be discussed but also as things to be experienced, and thus I make an at least tacit claim to be a philosopher and a mystic. Some people, therefore, expect me to their guru or messiah or exemplar, and are extremely disconcerted when they discover my “wayward spirit” or element of irreducible rascality, and say to their friends, “How could he possibly a genuine mystic and be so addicted to nicotine and alcohol?” Or have occasional shudders of anxiety? Or be sexually interested in women? Or lack enthusiasm for physical exercise? Or have any need for money?

Such people have in mind an idealized vision of the mystic as a person wholly free from fear and attachment, who sees within and without, and on all sides, only the translucent forms of a single divine energy which is everlasting love and delight, as which and from which he effortlessly radiates peace, charity, and joy. What an enviable situation! We, too, would like to be one of those, but as we start to meditate and look into ourselves we find mostly a quaking and palpitating mess of anxiety which lusts and loathes, needs love and attention, and lives in terror of death putting an end to its misery. So we despise that mess, and look for ways of controlling it and putting “how the true mystic feels” in its place, not realizing that this ambition is simply one of the lusts of the quaking mess, and that this, in turn, is a natural form of the universe like rain and frost, slugs and snails, flies and disease. When the “true mystic” sees flies and disease as translucent forms of the divine, that does not abolish them. I — making no hard-and-fast distinction between inner and outer experience– see my quaking mess a form of the divine, and that doesn’t abolish it either. But at least I can live with it.”

I first saw this in graduate school and it's very eye-opening!! If you have a loved one or know someone who is an alcoholic, the first twenty minutes of this documentary will give you great info into the toll it takes on a person's body. It's currently available on Amazon Prime.
Naps with Lucky are the best! 🥰